The lodge is built on the banks of a river that separates the property from the mighty Chitwan National park. Spread across 8 acres the cottages stand on short stilts affording excellent views of the surrounding greenery and the expanse of the Chitwan national Park.

Chitwan, meaning “the Heart of the Forest” is Nepal’s first national park, a world Heritage site and a beacon of conservation for the one horned rhino, (Rhinocessaurus unicornis). Once on the brink of extinction, the numbers of this magnificent animal stand at over 645 individuals at the last count.

The park is teeming with wildlife with 68 species of mammals recorded. The list includes the Greater One Horned Rhino, Royal Bengal tiger, leopard, Gaur, wild dogs, sloth bear and jackals. The water bodies afford the patient visitor glimpses of the elusive otters as well as numerous turtles and even the Gangetic dolphin! Of course, the prehistoric looking Mugger crocodiles as well as the long snouted Gharial crocodile too can be spotted basking on the banks of rivers. 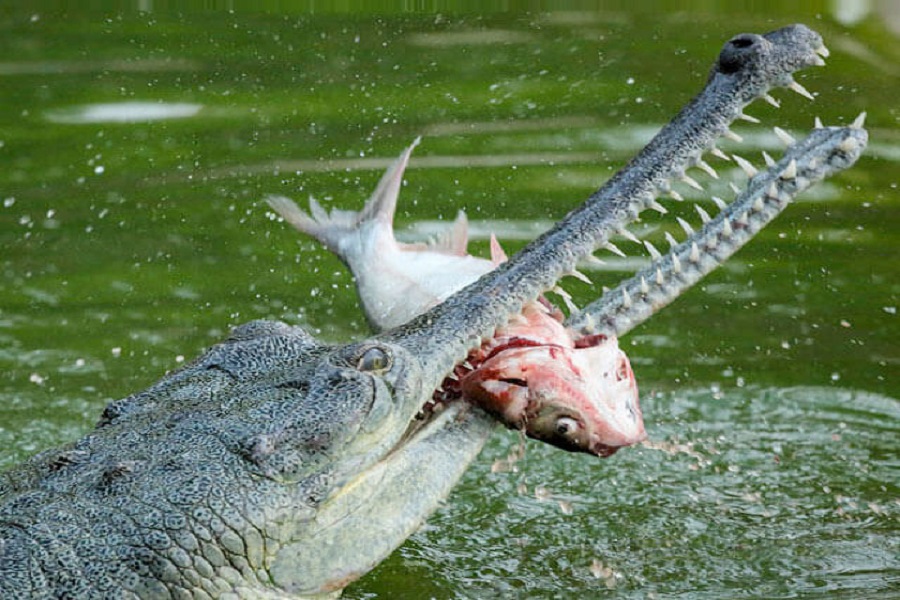 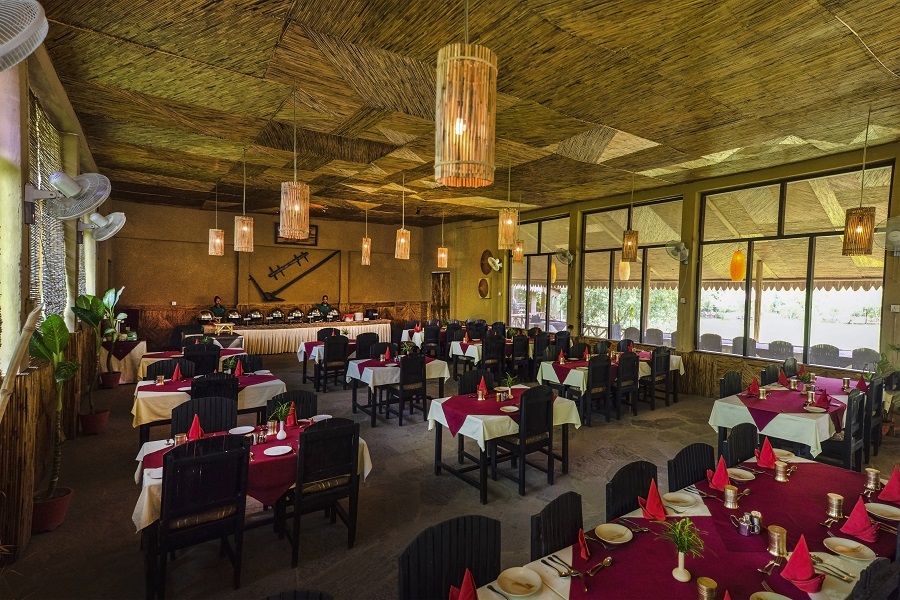